Right now, an exciting project is underway off the north of the West Coast.
Preparations are being made to submerge a significant amount of artificial reefs made of concrete with the hope of recreating the conditions for viable coral reefs, which have recently declined sharply.
– There is a lot to suggest that with the concrete, which we have tested and developed in collaboration with C-lab and the Thomas Concrete Group, the larvae of the Lophelia corals will be able to establish a hold and build up new reefs, says Susanna Strömberg, Senior research engineer in the project at the University of Gothenburg. 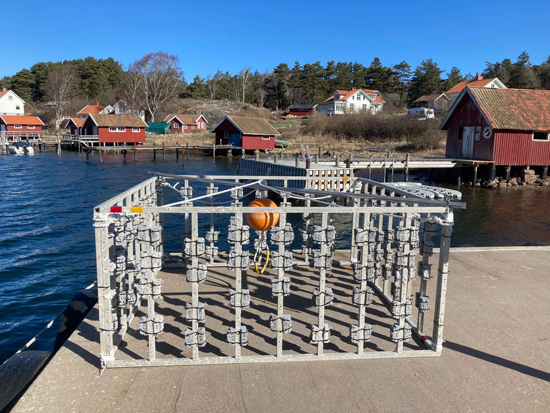 The hope is that the climate-improved concrete is a concrete that lasts longer in the marine environment, and has a slightly lower pH than regular concrete so that organisms can colonize it faster. But also that it has a lower climate footprint. A triple win!
Susanna Strömberg refers to a project called ROMACON (Roman Concrete) where archaeologists took and analyzed drill cores from the ancient piers built by the Romans, which have stood for 2000 years.
- In these cores, it emerged that volcanic material, rich in acidic oxides (such as silicon oxide) and aluminum oxide, produced stronger concrete.
- Therefore, I wanted to find an alternative to volcanic rock/sand that was available closer to home. Slag and microsilica from the iron and steel industry were quite close, both in composition and geographically.

This explains why the Thomas Concrete Group and C-lab were asked if they could help find suitable concrete products to build artificial reef structures. 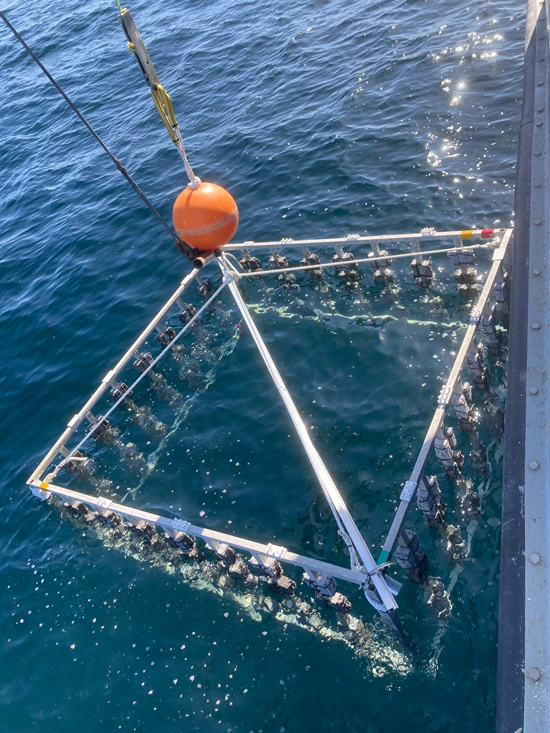 Few people know that there are coral reefs in Swedish waters. The reason is that they are at great depths, below about 80 meters, and are therefore not something that the public comes into contact with. Historically, there have been several areas with Lophelia in the Koster-Väderöfjord. The reefs have been damaged by bottom trawling and sampling for research purposes using destructive methods. Climate change is also beginning to have an impact, with increasing temperatures and ocean acidification. So far, the corals appear to have weathered climate change, but some Arctic species, such as the football mushroom Geodia barettii, have declined drastically.

Previously, there were six Lophelia reefs in Kosterhavet National Park and Väderöfjorden Nature Reserve, a Natura 2000 area. Today only two remain, but that should change now. 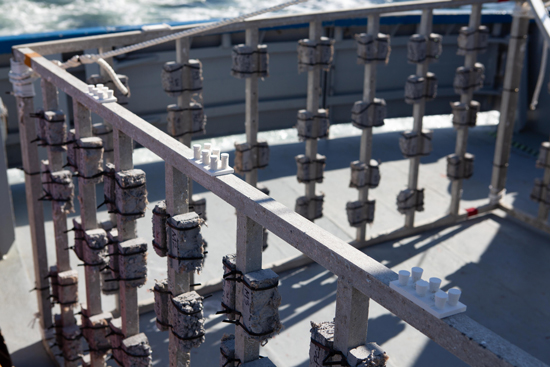 The reason for wanting to help coral reefs gain new momentum is that they are an important prerequisite for the survival of other species. More than 1,300 different species have been observed around the Lophelia reefs. It is just as impressive a richness of species as at tropical coral reefs. Many commercially important fish species, especially various cod fishes, have their breeding grounds in the reef environment.

The primary purpose of the project is to create the best possible conditions for the corals and their growth. Therefore, the climate-improved concrete structures, developed in collaboration with C-lab, will be used. They will serve as artificial reefs where the water flows faster and as a substrate on which the larvae of corals can settle. To thrive, they need hard surfaces that protrude above the seabed.
– The reefs need to be high enough to give the larvae surfaces that are properly exposed to the current for sediment to be washed away. But at the same time, they must not be too high, because the higher they are, the greater the risk that they will collapse after some time, explains Susanna Strömberg, at the University of Gothenburg’s Department of Marine Sciences.

The project – LIFE Lophelia – will run until 2025, and in addition to the researchers at the University of Gothenburg, Ann Larsson and Susanna Strömberg, it also involves the County Administrative Board of Västra Götaland as responsible organization, with Anita Tullrot as the project manager. The project is co-financed by the European Commission (the EU's LIFE fund) and the Swedish Agency for Marine and Water Management.

Read more about the project at www.lifelophelia.se

About Thomas Concrete Group AB
Thomas Concrete Group is a Swedish family-owned group that produces and distributes high-quality concrete products and services. The company was established in 1955 in Karlstad, Sweden, by Martin Thomas, and today has operations in the USA, Poland, Germany, Norway and Sweden. The head office is in Gothenburg, Sweden. The Group has around 2,120 employees, produces 5.6 million m3 of concrete, and had a turnover of approximately SEK 7.8 billion in 2021. The subsidiary in the Sweden is Thomas Betong. www.thomasconcretegroup.com

About C-lab
C-lab® is Thomas Concrete Group's centers for research, development, and laboratory testing. C-lab® was founded in 1992 and in 1994 it became a SWEDAC accredited testing laboratory. www.c-lab.se

This may interest you

First out in Sweden with the volcanic rock mixed in concrete

Thomas Betong, the Swedish subsidiary of Thomas Concrete Group, wants to do as the Romans did, to use volcanic material as a binder into their conc...