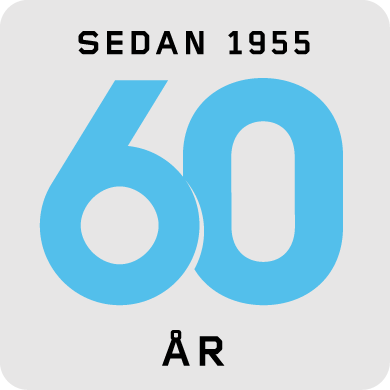 The business was founded in Karlstad, central Sweden, by Mr Martin Thomas in 1955. The Group, still owned by the Thomas family, has grown substantially over the past 60 years. Today, it is the largest independent supplier of ready-mixed concrete in Sweden, Poland and Germany, as well as in the US states of Georgia, South Carolina and North Carolina.

In the last five years, Thomas Concrete Group has grown by more than 30 percent. Last year it produced 3.3 million cubic meters of concrete from 120 plants, a volume growth of more than 15 percent. During this year Thomas has the ambition to acquire further concrete plants in Germany and the United States, which will bring the Group even closer to its customers and markets.

Key success factors for the Thomas Concrete Group include its independence from international construction and cement companies, which makes the Group a long term reliable partner to the entire construction industry. Another key success factor is a high level of technical competence, exemplified by the operation of the Group’s own Research and Development Centres i.e. C. lab in Gothenburg and one at each national subsidiary, which is unusual for a concrete company.

In addition to a clear growth strategy and a continued focus on improving the Group’s profitability during its Jubilee year 2015, Thomas will create a stronger group structure, with all employees working together as one, united team, irrespective of plant locations or national boundaries. The goal is to ensure Thomas Concrete Group as the best operator in its industry. The subsidiaries will work in a more integrated way, particularly in the field of Research and Development, with enhanced liaison between the Group’s various experts and specialists in different countries. Co-operation in marketing activities will also be intensified. For suppliers and customers alike, Thomas Concrete Group will be perceived as a cohesive and integrated company with strong local presence.

"Economic development has gained momentum in the United States, although growth in Europe continues to be weak,” says Hans Karlander, Thomas Group’s President and CEO. “The situation is stable in Germany, while Poland is showing signs of improvement. In Sweden, there are plans for major infrastructure investments, although these have not yet started, while house building and industrial investment remain at low levels. However, we are hopeful about the future. Thomas Concrete Group is ready to meet increased demand. We produce high quality, ready-mixed concrete tailored for specific applications, we operate reliable delivery schedules, provide a high level of service and, not least, we are in a position to meet our customers' growing need for in-depth knowledge about the many opportunities provided by the use of concrete.

Thomas Concrete Group AB:
Thomas Concrete Group is an independent family-owned Group which produces and distributes high-quality concrete for place cast construction. The company was established in 1955 in Karlstad, Sweden, by Martin Thomas and operates today in the United States, Poland, Germany, Norway and Sweden. Its headquarters are located in Gothenburg. In 2014, the Group had a turnover of about SEK 3.2 billion and produced 3.3 million m3 of concrete. It has 1,300 employees. Its subsidiary company in Sweden is AB Färdig Betong.